In the Total Uninstall release history page, there are many "Improvements in the installation analyzer" entries. Improvements in the analysis algorithm of the "Installed programs" functional module are present in every release. However, when this is specified then it is about important improvements.

We concentrated on the cases when the user has installed 2 or more similar programs or different major versions of a program. In the real life, this happens when we install several similar programs for evaluation or when we install a trial version of a new major version of a program that we already have. When we have a such case on our computer the ideal uninstaller must not get confused and uninstall more than it should, affecting other programs. In the same time, we want a thorough uninstall, of course.

The analysis results can be seen in the bellow pictures (normal and advanced analysis profiles give in this case the same results). 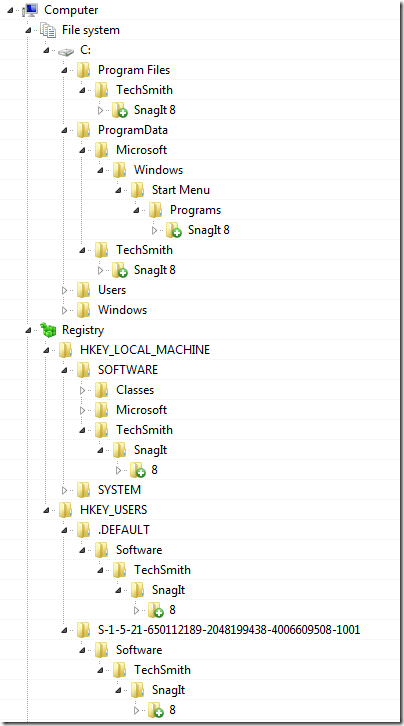 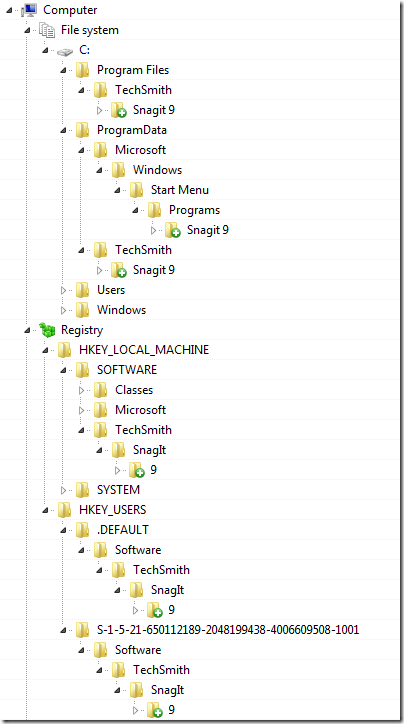 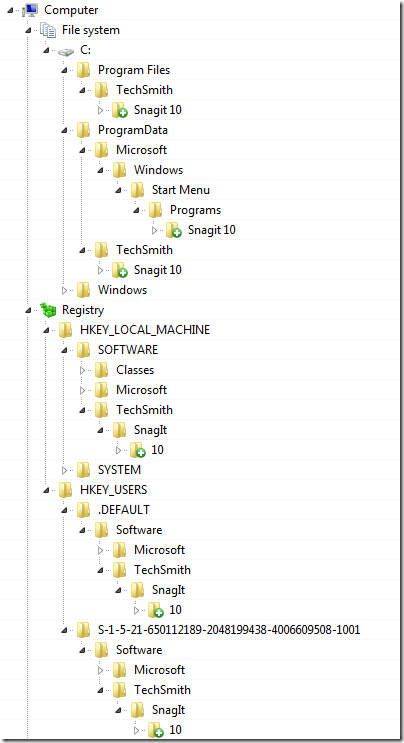 From the above screenshots, we can see that Total Uninstall accurately include as part of the analyzed installation only the folders and registry keys of that analyzed version.

We also can see that we have several shared folders/keys like "TechSmith\SnagIt" that are not included in the install log. This is correct since we don't want to corrupt a version when uninstalling another version.

We uninstalled version 8 and 9. As recommended, we refreshed the analysis before each uninstall. When we reanalyzed the remaining version 10 the install log is different. The shared folders were included in the installation as expected: